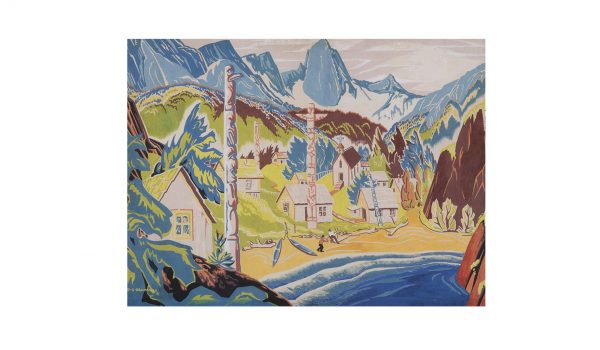 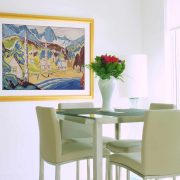 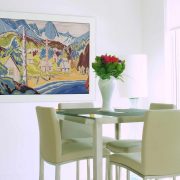 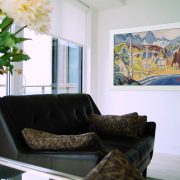 BC Indian Village
J.W.G “Jock” MacDonald
Oil silkscreen on board
1943

In 1935, Jock MacDonald moved his family to the west coast of Vancouver Island. Home of the First Nation Nuu-chah-nulth people, Nootka Sound provided very difficult living conditions; however, during the year MacDonald’s family camped there, he painted some of his most important works. When A.Y. Jackson asked MacDonald to contribute to the Sampson-Matthews wartime silkscreen art program, he produced “B.C. Indian Village” (1943), a stylised rendering of the type of coastal settlement he experienced during his time on Vancouver Island. Totem poles stand proudly along a sandy shore as figures work along the waterline in front of a white church on the foothills of the large mountains in the distance.