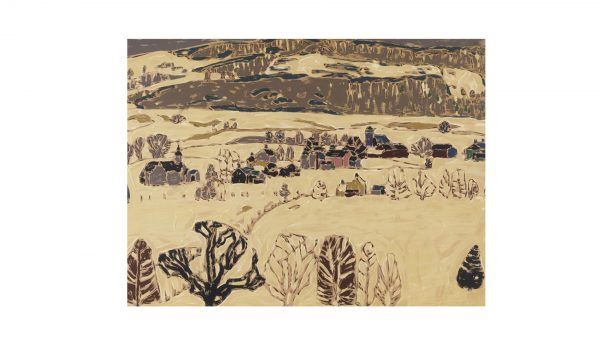 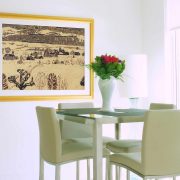 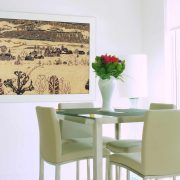 Mastering a particular aesthetic style all his own, David Milne’s austere images reduce the visual elements of his subjects down to their barest essentials. He often used the blank surface of the paper or canvas as an active element of his compositions. In “Boston Corner” (1947-1953), the only work he contributed to the Sampson-Matthews silkscreen art program and the only Sampson-Matthews image to depict a scene outside of Canada, Milne offers a wintry rural village scene near his home in Boston Corner, New York State. This work is based on a painting of the same name now in the collection of the National Gallery of Canada.