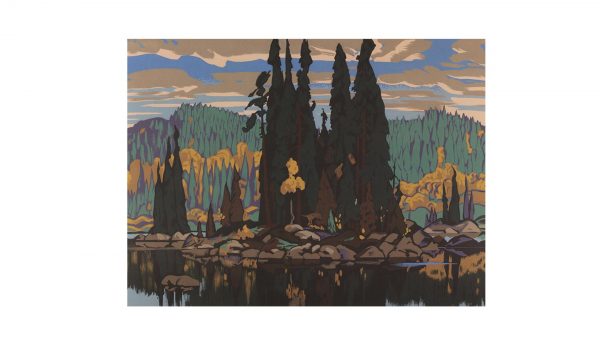 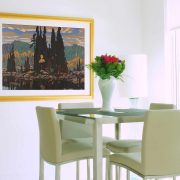 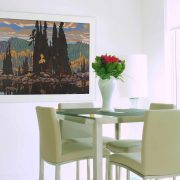 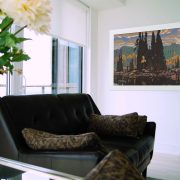 Isles Of Spruce
Arthur Lismer
Oil silkscreen on board
1943

“Isles of Spruce” (1943) was the only work Arthur Lismer contributed to Sampson-Matthews and it was one of the best selling images in the collection. Based on a painting Lismer produced in 1922 now in the University of Toronto’s Hart House collection, this image from the wartime silkscreen art program was also used by Canada Post in 1970 on a 6-cent stamp to commemorate the 50th anniversary of the founding of the Group of Seven. In this work, a small rocky island supports a tight cluster of spruce above a perfectly still northern lake. While the deciduous trees in the image offer a band of golden yellow, signifying the arrival of fall, the tall coniferous spruce in the foreground and background stand strong against the coming cold and maintain their deep green hue.