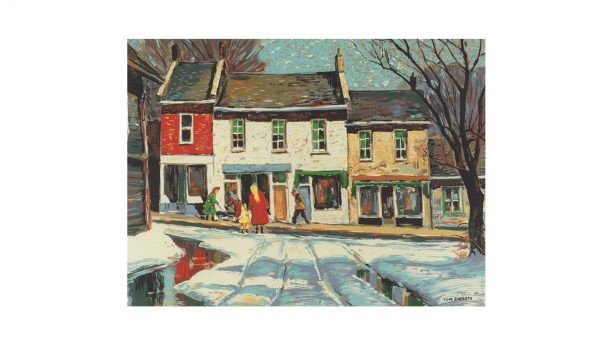 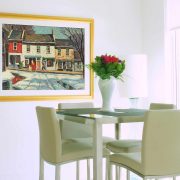 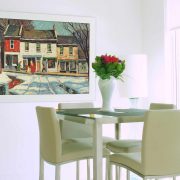 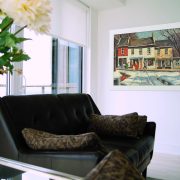 Tom Roberts often sought to express the universality of the Canadian experience and in “Main Street” (1953), one of four images he contributed to the Sampson-Matthews silkscreen art program, he offers a scene that could have existed in any town in the country during the middle years of the twentieth century. On a blue-sky day in the early spring, a mother clad in a brilliant red coat and her bundled daughter walk down a narrow, wheel-pitted street covered in slushy melting snow and reflective puddles. Apparently on an errand, they approach a strip of urban retail as other villagers pass by, enjoying a mild day, perhaps the first warm afternoon after a hard winter.