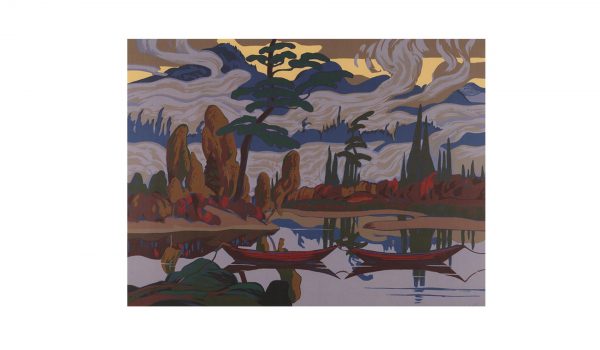 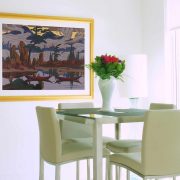 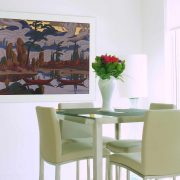 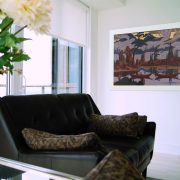 “Mist Fantasy” (1943) is a silkscreen from the Sampson-Matthews wartime art program based on J.E.H. MacDonald’s famous painting of the same name from 1922 (now in the permanent collection of the Art Gallery of Ontario). Used on a 15-cent stamp by Canada Post in 1973 to commemorate the 100th anniversary of the artist’s birth, the painting has been exhibited in major museums around the world including the Tate Gallery in London; it is considered an icon of Canadian Art. In this work, two canoes, tied to each other and a rocky shore, float upon glass-still water as a van Gogh-esque ribbon of mist rises beyond the edge of the Sand River in Algoma. MacDonald’s friend and peer, A.J. Casson, supervised the production of this Sampson-Matthews silkscreen.