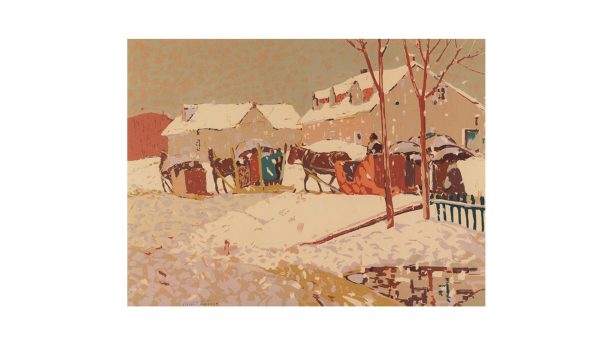 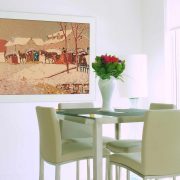 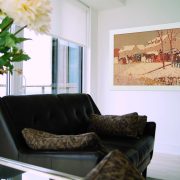 During one of many sketching trips he took with his good friend A.Y. Jackson, Robinson painted “Returning from Easter Mass” in 1922, a painting now in the National Gallery of Canada’s permanent collection and considered Robinson’s most important work. In 1943, he worked with A.J. Casson and A.Y. Jackson on the silkscreen version of this work for the Sampson-Matthews wartime art program. In this image, draught horses draw sleighs loaded with villagers of Cacouna, Quebec, as they head home from Easter Mass on a snowy, overcast early spring day. Reflecting Robinson’s deep love of Quebec and its people, this work is also emblematic of Robinson’s focus on winter scenes and pastoral subjects.