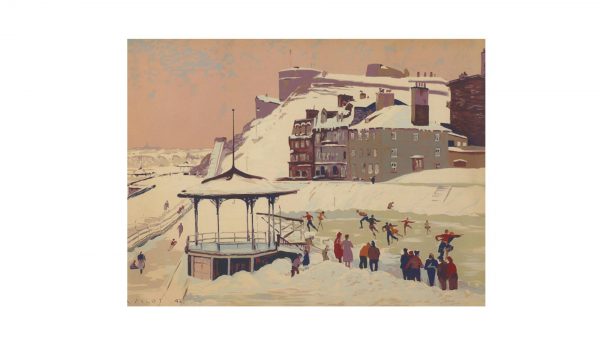 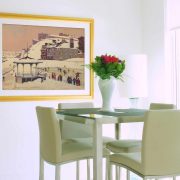 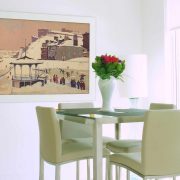 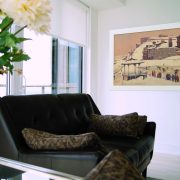 Though included in the first exhibition of paintings by the Group of Seven in 1920 and invited to be a member, Robert Pilot was one of three artists who declined to join the group upon its formation. As can be seen in ”Skating, Dufferin Terrace” (1947-1953), the only work he contributed to the Sampson-Matthews silkscreen art program, Pilot shared many stylistic similarities with the Group of Seven artists, if not their fascination with the untouched wilderness. Built by Lord Dufferin, the Governor of Canada from 1872 to 1878, Dufferin Terrace overlooks the St. Lawrence River beside the Château Frontenac and offers tourists to Quebec City one of the most popular attractions. In this work, Pilot captures a timeless and joyous winter afternoon of Canadian-style recreation.