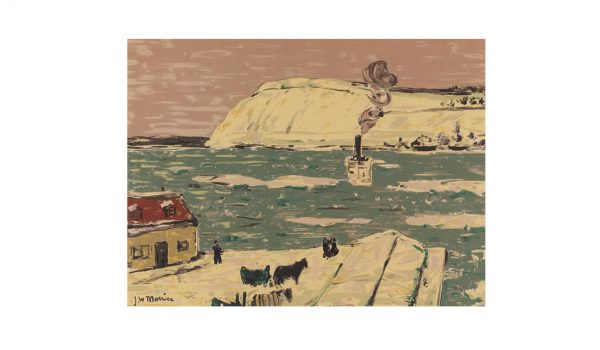 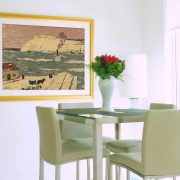 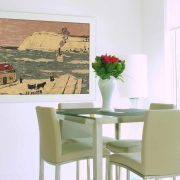 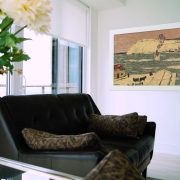 The Ferry Quebec
J.W. Morrice
Oil silkscreen on board
1943

“The Ferry, Quebec” (1943), the only Morrice silkscreen produced by Sampson-Matthews, is based on the painting of the same name from 1907 now considered a treasure of the collection of the National Gallery of Canada. Painted with thin colours and muted tones to capture the moody atmosphere of Canadian winter, the image offers a view of the St. Lawrence River; the train station at Lévis is seen in the foreground and the cliff of Cape Diamond dominates the distance as a coal-powered ferry crosses the river gingerly through ice floes. Supervised by A.J. Casson, the silkscreen was made nearly twenty years after Morrice’s death.