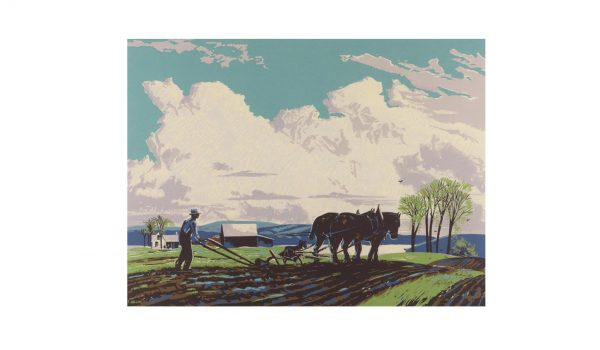 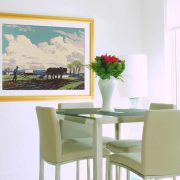 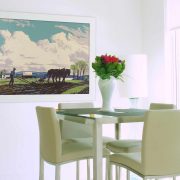 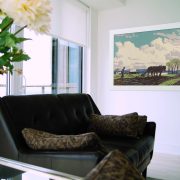 The Plowman
Joseph Sydney Hallam
Oil silkscreen on board
1943

While many of his contemporaries focused on views of the grand Canadian landscape in its untouched, natural condition, devoid of people, Joseph Sydney Hallam’s work frequently explored the ways that the land was tamed by society through scenes of farms, villages, ports, and cities. In “The Plowman”(1943), one of the early wartime silkscreens produced by Sampson-Matthews, Hallam offers an image of man conquering the land through hard work. Under a vast blue sky, domesticated animals work alongside an overalls-clad farmer as he turns rich black soil that appears to still be lined with traces of spring ice.