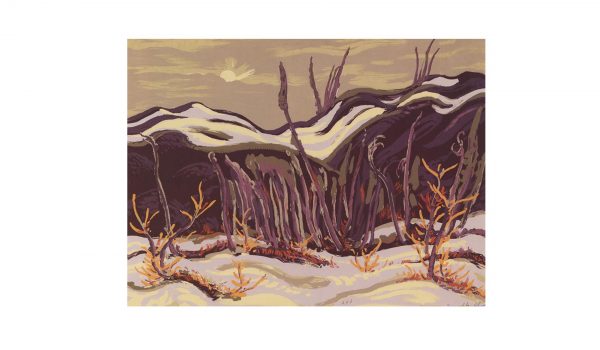 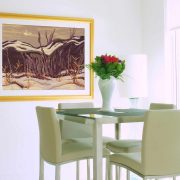 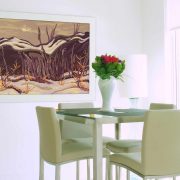 A.Y. Jackson, an employee of Sampson-Matthews, instigated the wartime silkscreen art program and was its biggest contributor, providing 12 works throughout the run of the program. In many of these works, the presence of man is evident but shown in small scale compared to the dominance of nature. “West Bay Fault, Yellowknife” (1947-1953) a scene from Canada’s far north is warmed by A.Y. Jackson’s addition of Vincent van Gogh-esque swirls of reds and oranges as the sun glimpses through an overcast sky.