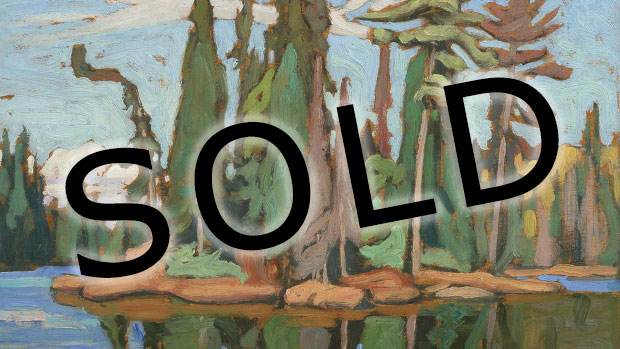 A rare preparatory oil sketch by Group of Seven member Lawren Harris fetched $977,500 Tuesday night at Consignor Canadian Fine Art’s first live auction. The sale price includes a 15 per cent buyer’s premium. “Algoma Sketch 48” was created in the fall of 1919 or 1920, around the time the Group of Seven officially formed as an association of painters. The sketch by Harris was discovered in Australia and had been in a private collection for nearly 80 years.

Consignor says the sale set a record for the highest-selling Algoma sketch by the artist at auction, tripling a previous Harris sketch, “Herbert Lake Algoma,” which sold for $304,000 in 2013.

The late landscape artist first visited the Algoma region of Ontario in 1918 and returned on multiple occasions with fellow Group of Seven members. The work served as a preparatory sketch for several of Harris’s well-known large canvases, including “Island, MacCallum Lake,” which is part of the Vancouver Art Gallery’s collection. The sketch was acquired by an anonymous buyer in 1940 from the Laing Mellors Gallery in Toronto, later travelling with the family when they moved abroad. The painting was described as being in “pristine condition,” and had been expected to fetch between $400,000 and $600,000. A trio of Harris’s paintings sold at the Heffel spring auction in Vancouver on May 25. “Laurentian Landscape,” described as a “foundation work for the establishment of the Group of Seven,” sold for $2.2 million. Two additional Harris works were on the Consignor auction block: a Toronto urban sketch — “House, Toronto” — sold for $115,000 and “Shacks” sold for $103,500. 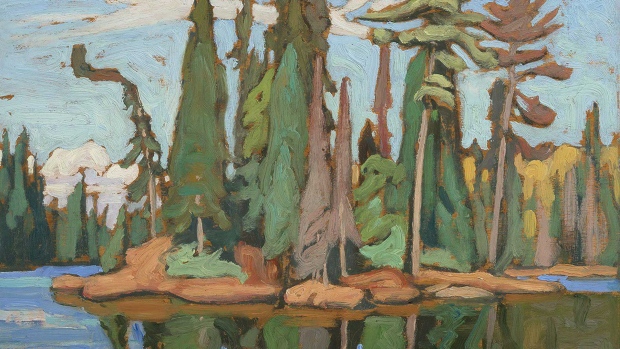